How to Train Your Dragon Quotes 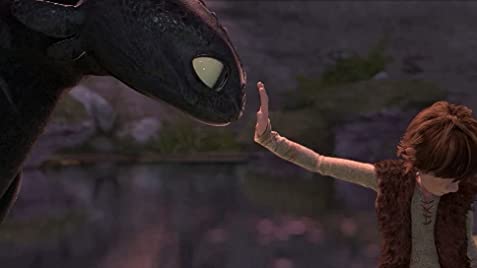 How to Train Your Dragon is a 2010 animated film, loosely based on the children’s novel by Cressida Cowell. The film focuses on a Viking village called Berk, the inhabitants of which fight a never-ending war with multiple varieties of dragon, until the chieftan’s misfit son, Hiccup, accidentally captures one and ends up befriending it.

Below we list and break down the significance of ten of the best quotes in the trilogy.

How to Train Your Dragon Quotes

“My name’s Hiccup. Great name, I know. But it’s not the worst. Parents believe a hideous name will frighten off gnomes and trolls. Like our charming Viking demeanor wouldn’t do that.”

“That’s Stoick the Vast, chief of the tribe. They say that when he was a baby, he popped a dragon’s head clean off of its shoulders. Do I believe it? Yes, I do.”

“This is Berk. It snows nine months of the year, and hails the other three. Any food that grows here is tough and tasteless. The people that grow here are even more so. The only upsides are the pets. While other places have ponies, or parrots, we have… dragons!”

“No one has ever killed a Night Fury. That’s why I’m going to be the first.”

“There were dragons when I was a boy.”

“Toothless? I could’ve sworn you had… teeth.”

“And we’ve killed thousands of them! They defend themselves, that’s all!”

“You have the heart of a chief… and the soul of a dragon.”

“Turns out all we needed was a little more of this.” “You just gestured to all of me.”

“What you’re searching for isn’t out there, Hiccup. It’s in here.”

“I wouldn’t kill him, because he looked as frightened as I was. I looked at him… and I saw myself.”

“Okay, WHATEVER! I WOULDN’T! Three hundred years, and I’m the first Viking who wouldn’t kill a dragon!”

“Go on, bud. Lead them to the Hidden World. You’ll be safe there. Safer than you could ever be with me. It’s okay. I love you too. And I want you to be free. Our world doesn’t deserve you. Yet.”

“But with love comes loss, son. It’s part of the deal. Sometimes it hurts, but in the end, it’s all worth it. There’s no greater gift than love.”

“This… is Berk. The best kept secret this side of, well, anywhere. Granted, it may not look like much, but this wet heap of rock packs more than a few surprises. Life here is amazing, just not for the faint of heart. See, where most folks enjoy hobbies like whittling or needlepoint, we Berkians prefer a little something we like to call—DRAGON RACING!” 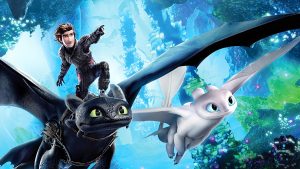 “Legend says that when the ground quakes or lava spews from the earth it’s the dragons. Letting us know they’re still here. Waiting for us to figure out how to get along. Yes, the world believes the dragons are gone, if they ever existed at all. But we, Berkians, we know otherwise. And we’ll guard this secret until the time comes when dragons can return in peace.”

“This is Berk. It’s twelve days north of Hopeless, and a few degrees south of Freezing to Death. It’s located solidly on the Meridian of Misery. My village. In a word, sturdy. And it’s been here for seven generations, but, every single building is new. We have fishing, hunting, and a charming view of the sunsets. The only problems are the pests. You see, most places have mice or mosquitoes. We have… dragons.”