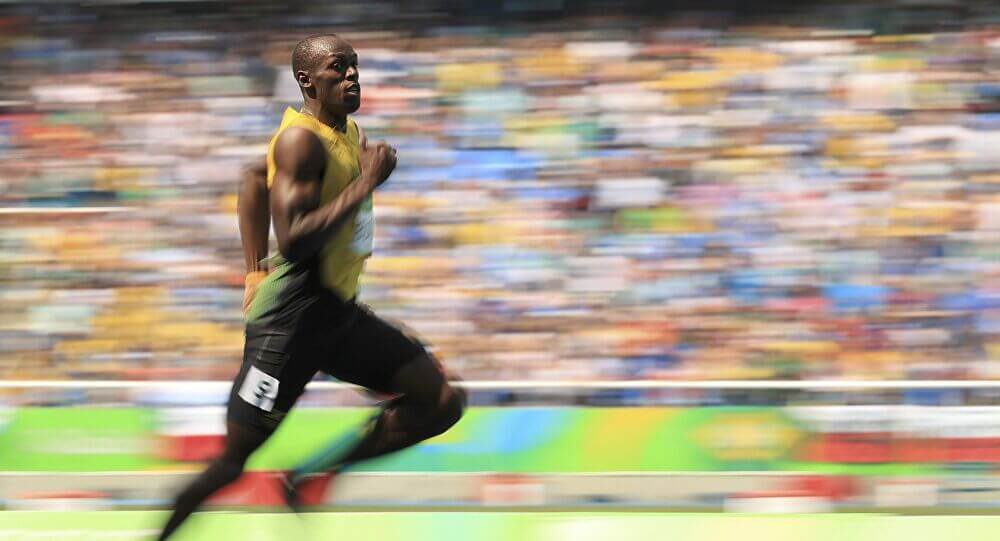 May his quotes inspire you to push your limits and see what you can truly accomplish.

“You have good days and bad days.”

“My name is Bolt, Lightening Bolt.”

“I know what I can do, so I never doubt myself.”

“Believe in your dreams and that anything is possible.”

“There are better starters than me but I’m a strong finisher.”

“I remember once, actually the first race I ran, I fell.”

“If you think about racing too much you may just lose it a little bit.”

Learning the mind is as important as understanding the body.

“A lot of legends, a lot of people, have come before me. But this is my time.”

“The difference between the impossible and the possible lies in determination.”

“I work hard, and I do good, and I’m going to enjoy myself. I’m not going to let you restrict me.”

“You have to set yourself goals so you can push yourself harder. Desire is the key to success.”

“But anybody who steps into the lane beside you is the biggest competition because they made it to the finals.”

“I know what I can do so it doesn’t bother me what other people think or their opinion on the situation.”

No matter how far you get ahead of me, I’m gonna catch you. That’s my mentality that I go there with.

“I definable know I’m going to be working a lot more with my foundation when it comes to developing the kids in Jamaica.”

“I’d like to say to all my fans out there, thanks for the support. And to all my doubters, thank you very much because you guys have also pushed me.”

“Worrying gets you nowhere. If you turn up worrying about how you’re going to perform, you’ve already lost. Train hard, turn up, run your best and the rest will take care of itself.”

Dreams are free. Goals have a cost. While you can daydream for free, goals don’t come without a price. Time, Effort, Sacrifice, and Sweat. How will you pay for your goals?

Manners is the key thing. Say, for instance, when you’re growing up, you’re walking down the street, you’ve got to tell everybody good morning. Everybody. You can’t pass one person.”

“I have just accepted certain things and it makes it easier. I accept I will get injured. I accept I cannot win every race. I work hard to decrease the chances of those things happening but I accept they will happen. A lot of people don’t accept it. They get injured, they go crazy.”

One thing I’ve learned over the years from my core set, the LAST ONE (set) is the most important one. Because THAT’S WHEN you start improving. THAT’S WHEN the work pays off now. Because your legs are DEAD and you gotta push your body. It’s like moving past a barrier.

“When I was younger, I always wanted to impress, to be good for my country, to make them feel good, and sometimes that meant I didn’t focus on myself enough. I learned I had to put myself first. And it’s fine because I want for me the same thing that they want for me, which is to win.”

I think the key thing is to train hard and you definitely need competition, you definitely need races because I believe over the years that training helps you but you have to compete against other people who’re a higher level to build you up, make you know what else you need to work on.