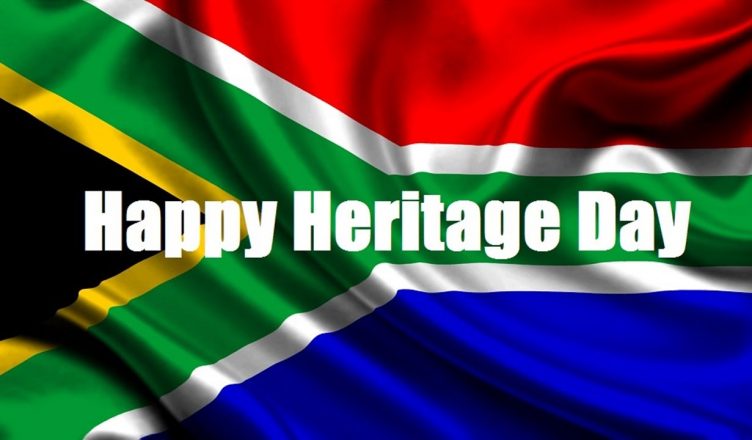 Heritage Day or Erfenisdag is observed every year in South Africa on 24 September which is a public holiday. On this day, South Africans are encouraged to celebrate their culture and the diversity of their beliefs and traditions, in the wider context of a nation that belongs to all its people.

Heritage Day is a South African public holiday, honouring the culture and diversity of beliefs and traditions of all South Africans.

Celebrated each year on the 24th of September, the day serves as a reminder that the nation belongs to all its people.

In the KwaZulu-Natal province, the 24th of September was formerly known as Shaka Day, in commemoration of the legendary Zulu king. When the proposed Public Holidays Bill, before the New South African Parliament, omitted Shaka Day, Inkatha Freedom Party (IFP), a South African political party with a large Zulu membership, objected to the bill. A compromise was reached when it was decided that a day would be created where all South Africans could observe and celebrate their diverse cultural heritage.

In an address marking Heritage Day in 1996, former President Nelson Mandela stated: “When our first democratically-elected government decided to make Heritage Day one of our national days, we did so because we knew that our rich and varied cultural heritage has a profound power to help build our new nation”.

South Africa is an extremely diverse nation, comprising many vastly different cultural groups, and has eleven official languages (one of the highest ranking countries in the world for this). It certainly isn’t known as the Rainbow Nation for nothing. Despite the many differences amongst its citizens, South Africa has a strong sense of unity around longstanding traditions.

“Let us show some responsibility towards our heritage.” -Anonymous.

Preserve cultural heritage, it defines the national identity of a country.

Love your monuments, they are part of a rich civilization and speak volumes about a bygone era. – Unknown

My culture is my identity and personality. It gives me spiritual, intellectual and emotional distinction from others, and I am proud of it. – M.F. Moonzajer

There is no greater wealth than wisdom, no greater poverty than ignorance; no greater heritage than culture and no greater support than consultation. – Ali Ibn Abu Talib

What you abandon isn’t what is engraved in stone monuments, however what is woven into the lives of others. Monuments have lives woven into them. – Unknown

Warm greetings on Heritage Day to everyone. We all are a part of heritage and we all must work together to keep it intact.

We must preserve our heritage to leave something precious behind for our generations to come. Warm wishes on Heritage Day!

We all should take a pledge to preserve our heritage because it is what makes us special in this world. – Happy Heritage Day!

Heritage is to be preserved and passed on to the next generations. Sending warm greetings on Heritage Day!

On the occasion of Heritage Day, let us promise ourselves that we will do our bit to preserve our heritage. Warm greetings on Heritage Day!

There is in no way like coming back to a spot that remaining parts unaltered to discover the manners by which you yourself have changed. Happy heritage day to all the countrymen.

The occasion of Heritage Day is a reminder to all of us that gradually we are losing the heritage that is the biggest asset we have. – Happy Heritage Day!

South Africa is honored to have ladies and men such as yourselves who have little to give yet give what you have with open hands and open hearts.Happy heritage to all the countrymen.

Individuals react in agreement with how you identify with them. On the off chance that you approach them based on viciousness, that is the means by which they’ll respond. Preserve the heritage of your country that’s your identity.

For you in the West to hear the expression ‘All men are made equivalent’ is to draw a yawn. For us, it’s a marvel. We’re beginning at absolute bottom, man. Be that as it may, South Africa has soul.Happy heritage to all the countrymen.

I am an African. I owe my being to the slopes and the valleys, the mountains and the dales, the waterways, the deserts, the trees, the blooms, the oceans and the consistently changing seasons that characterize the substance of our local land.